ATRF has a proud history of serving Alberta teachers, all the way back to 1939.

ATRF has a proud history of serving Alberta teachers, all the way back to 1939. 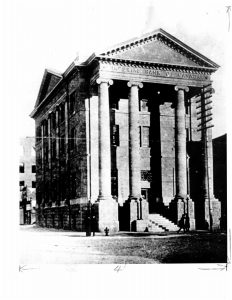 ATRF is proud to be a part of Alberta’s history. As far back as 1915, progressive teachers in Alberta lobbied for a pension plan to secure their future after retirement. On March 31, 1939 this became reality with the Alberta Legislature passing the Act that established the Teachers’ Retirement Fund (TRF).

With a government loan of $5000, a one-room office space leased by the Alberta Teachers’ Association (ATA), and a second-hand desk and typewriter, the (then-named) TRF was in operation. The office was located in the Imperial Bank Building on 101 Street and Jasper Avenue, and was leased from the ATA for $10/month. According to the ATA Magazine in May 1939, there were a total of 5,844 members who could now benefit from a set pension plan from the TRF. 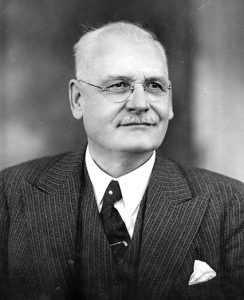 John Barnett, the namesake for ATRF’s current home building, was ATRF’s first Executive Director from 1939 to 1946.

Barnett was highly dedicated to teachers’ interests and welfare, and spent many years working with the ATA securing collective bargaining rights for its members. Barnett was an important figure in Alberta’s education landscape, and ATRF’s history. 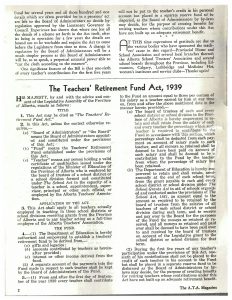 ATRF’s first Board of Directors was chaired by Solon E. Low, who was a school teacher and principal. Secretary Treasurer John Barnett along with three other members R.J. Gaunt, C.O. Hicks, and A.E. Rosborough held the Board’s first meeting on May 5, 1939.

In its first meeting, the board focused its efforts on providing benefits for teachers aged 65 and over, protecting the fund against older teachers returning to teaching to get a pension, and collecting information for actuarial advice (which uses statistical modelling to make financial decisions).

ATRF has attained many milestones; in 1948, the board passed a bylaw to make pensions received by women the actuarial equivalent of that received by men. In 1965, private school teachers were included in the pension plan. In 1984, the first investment computer system was developed. In September 1995, new legislation established two plans: the Teachers’ Pension Plan and the Private School Teachers’ Pension Plan; TRF became Alberta Teachers’ Retirement Fund and a new logo was created in 1996 to accompany the new corporate identity.

Over the decades, through a name change and legislative changes, ATRF has kept its focus on providing excellent member service and working in partnership to secure the pension income of Alberta teachers.